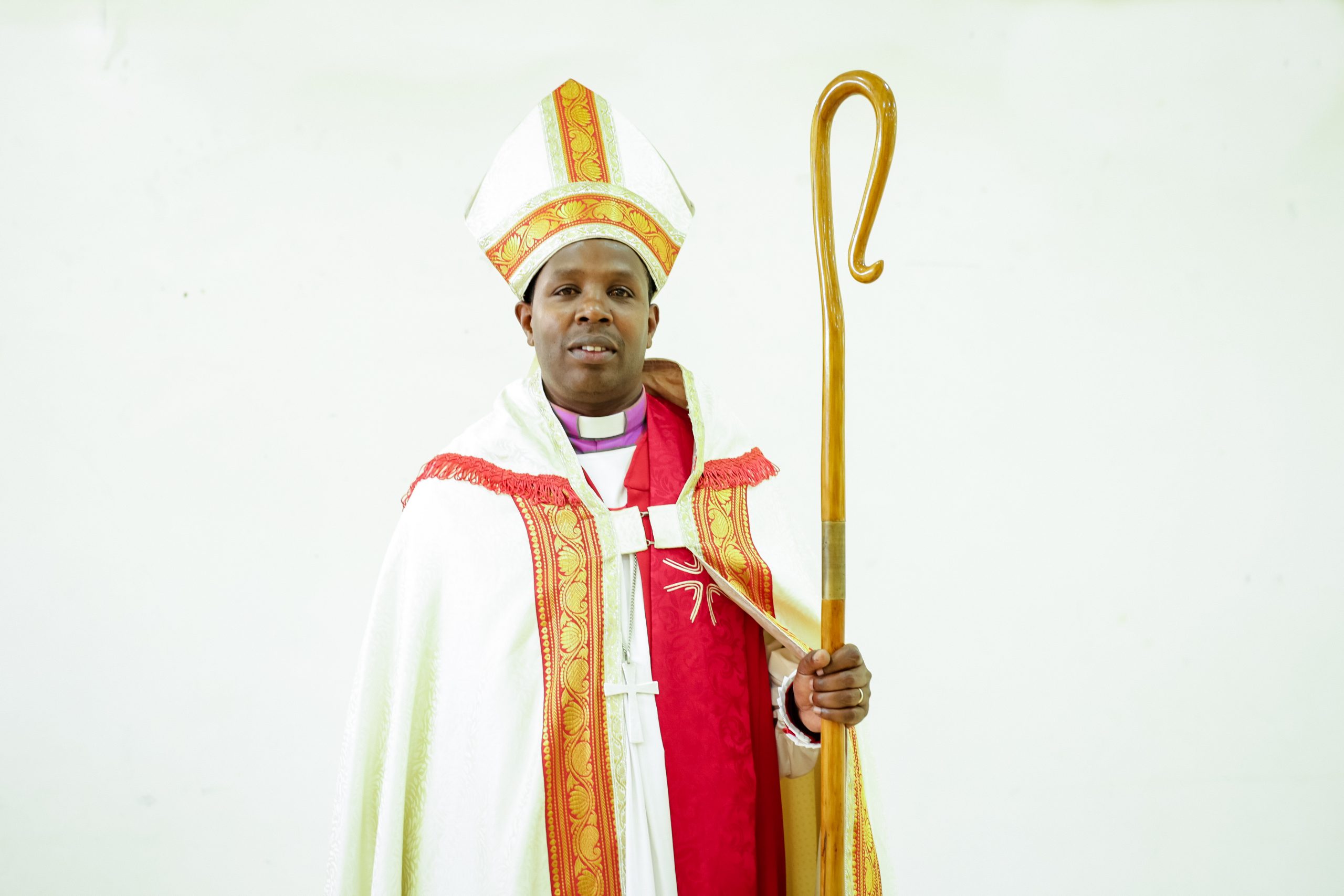 The Very Rev. Ernest Kiprotich Ngeno was born on 12th February, 1979 at Telanet Location, Ainamoi Division, present day Kericho County. He is the sixth born in the family of nine of Mr. Philip Koech and Mrs. Mary Koech.Ernest was baptized on 20th December 1981 by Rev. Johana Biegon at St. John’s C.P.K Cheribo, and he was confirmed in the same Church of Belgut Parish by the RT. Rev. Stephen Njihia Mwangi on 18th August 1995.Ernest is a down to earth servant known by many as humble person, self driven, team player and a mobilizer.

Ernest attended Telanet Primary School in 1985 for his primary education which he completed in 1992. He proceeded to Kenegut Secondary School  in 1993 and Kericho Day Secondary School 1994 to 1996. In the year 2000, he enrolled for his Diploma in Theology at Berea Theological where he graduated in 2003 with a diploma in Theology from St. Pauls Theological College (currently St. Paul’s University) Between September 2013 and July 2015, he took leave from active ministry to pursue Bachelor of Divinity Degree at ST Paul University.

Ernest met his wife Monica who works with KTDA, a long time friend and colleague in the youth ministry who both served as youth officials in Anamoi parish. They got married on 8th October 2005 at ACK Holy Trinity Church, Kericho. They are blessed with four children namely Valarie Chelangat,Blessing Chemutai,Benny Kimutai and Bella Cherono.Monica has been an inspiration, companion and partner to Ernest’s ministry through fervent prayer, support and offering insightful thoughts to the Bishop- Elect’s ministry over the years. Monica’s humble character and ability to interact freely, participating in women’s activities (currently serving as vice chair MU council in the Diocese), and looking after the family has been instrumental in the success of the Bishop- elect’s life.

The Very Rev. Ernest Ng’eno started his ministry as a youth leader in the larger Belgut Parish then the under Diocese of Nakuru. In April 2000, he attended a two week evangelism course at Berea Theological collage and served as a part time evangelist in Ainamoi Parish. During this time there was no vicar in the parish. Earlier in 1997, Ernest applied through the Diocese of Nakuru for ordination training at Berea training college, but his request was declined by the examining chaplains on grounds that he was too young to be considered that time. It was until August 2000, that he was invited for an interview in the Diocese of Nakuru and recommended him to train for ordained ministry. Ernest was admitted to Berea Theological College in August 2000 and upon his graduation, he was made a deacon on 27th July 2003. His first assignment as a clergy was in Nairregie- Enkare Parish as a curate in charge. On 14th December in the same year, Ernest was ordained Priest and continued to serve in that Parish as the vicar. Ernest was transferred to Sotik Parish as vicar in 2006 a position he held until 2009 when he was moved to Belgut Parish in Kericho Archdeaconry. During his time as the vicar of these parishes, Ernest served selflessly and demonstrated high sense of leadership and until this date  his service is appreciated. Soon after he completed undergraduate degree from St. Paul’s University, Ernest was appointed the Diocesan Administrative Secretary and Mothers Union Chaplain on 1st September 2015. In January 2016, he was assigned additional responsibilities as the Provost of the Pro-Cathedral which he was inducted on    April 10th, 2016. Ernest has represented the Diocese of Kericho in various Boards and committees, was elected as the Clerical Secretary in 2011, School manager St. Paul’s Academy Seretut, School Manager Holy Trinity Academy and Board member of Moi Minariet and Seretut Secondary Schools. These Positions and responsibilities were instrumental in his formation as an Anglican Clergy.

Ernest was elected as the second Bishop of Kericho on 15th October 2016 at the Holy Trinity Cathedral. He envisages overseeing a caring Christian church that witnesses the love of Christ in word and deed. Bishop-Elect will endeavor to promote Christian Values in the society where all will live to enjoy a dignified living. Together with Monica and their children, the family request for your prayers and support in the new appointment.